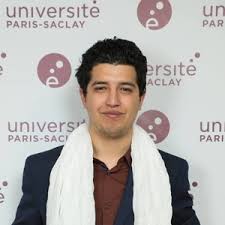 In this thesis, the fundamental limits of simultaneous information and energy transmission (SIET) are studied from two perspectives: the asymptotic and non-asymptotic block-length regimes. In the asymptotic block-length regime, the fundamental limits on SIET in the two-user Gaussian interference channel (G-IC) with and without feedback are characterized. More specifically, an achievable and converse region in terms of information and energy transmission rates (in bits per channel use and energy-units per channel use, respectively) are identified. In both cases, with and without feedback, an achievability scheme based on power-splitting, common randomness, rate splitting, block-Markov superposition coding, and backward decoding is presented. Finally, converse regions for both cases are obtained using some of the existing outer bounds on information transmission rates, as well as a new outer bound on the energy transmission rate. For the finite block-length regime, the case of a transmitter simultaneously sending information to a receiver and energy to an energy harvester through the binary symmetric channel has been studied. Given a finite number of channel uses (latency constraint) as well as tolerable average decoding error probability and energy shortage probability (reliability constraints), two sets of information and energy

transmission rates are presented. One consists in rate pairs for which the existence of at least one code achieving such rates under the latency and reliability constraints is proved (achievable region). The second one consists in a set whose complement contains the rate pairs for which there does not exist a code capable of achieving such rates (converse region). These two sets approximate the information-energy capacity region, which allows analyzing the trade-offs among performance, latency, and reliability in SIET systems.