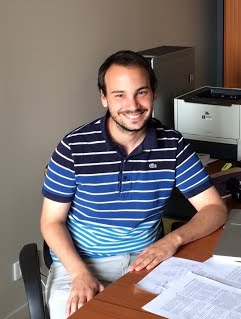 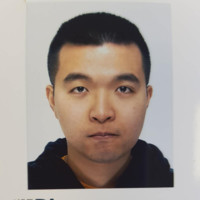 The defense will be streamed live here: link

The number of devices in wireless IoT networks is now rapidly increasing and is expected to continue growing in the coming years.
To support this massive connectivity, a number of new technologies, collectively known as LPWAN, have been developed. Many devices in LPWANs limit their transmissions by duty cycle constraints; i.e., the proportion of time allocated for transmission. For nearby wireless networks using the same time-frequency resources, the increasing number of devices leads to a high level of unintended signals, known as interference.

In this thesis, we characterize the statistics of interference arising from LPWANs, with a focus on protocols related to NB-IoT and emerging approaches such as SCMA. Such a characterization is critical to improve signal processing at the receiver in order to mitigate the interference. We approach the characterization of the interference statistics by exploiting a mathematical model of device locations, signal attenuation, and the access protocols of individual interfering devices. While there has been recent work developing empirical models for the interference statistics, this has been limited to studies of the interference power, which has limited utility in receiver design. The approach adopted in this thesis has the dual benefits of providing a model for the amplitude and phase statistics and while also yielding insights into the impact of key network parameters. The first contribution in this work is to revisit interference in a single subcarrier system, which is widely used in current implementations of IoT networks. A basic model in this scenario distributes interfering devices according to a homogeneous Poisson point process. It has been long known that the resulting interference is well approximated via an alpha-stable model, rather than a Gaussian model. In this work, the \alpha-stable model is shown via theoretical and simulation results to be valid in a wider range of models, including the presence of guard zones, finite network radii, and non-Poisson point processes governing device locations. The second contribution in this thesis is the study, for the first time, of interference statistics in multi-carrier IoT networks, including those that exploit NB-IoT and SCMA. Motivated by the results in the single subcarrier setting, a multivariate model based on alpha-stable marginals and copula theory is developed. This model is verified by extensive simulations and further justified via a new, near-optimal, parameter estimation algorithm, which has very low complexity. The third part of this thesis applies the characterizations of the interference statistics to receiver design. A new design for nonlinear receivers is proposed that can significantly outperform the state-of-the-art in multi-carrier IoT systems. When receivers are restricted to be linear, the optimal structure is identified and the bit error rate characterized. Numerical results also illustrate how the average quantity of data interfering devices are required to transmit affects the receiver performance. 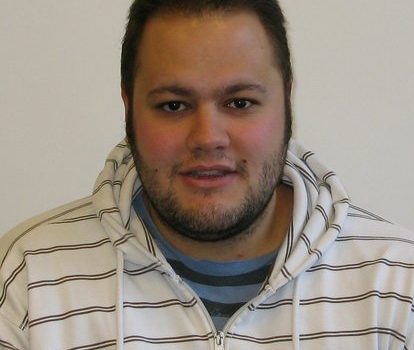 The fourth industrial revolution – or Industry 4.0 (I4.0), will introduce major shifts in the way that products will be manufactured in the future. By integrating different cyberphysical systems (CPS), Internet-of-Things (IoT) technologies and cloud computing; the factories of the future will be equipped with highly flexible manufacturing equipment offering also a high reliability, thereby increasing the overall production throughput. One of the key enablers for such revolution is wireless communication. By replacing existing wirelines in the current industrial equipment with wireless technologies, the overall cost of deployment will be reduced, while at the same time a faster re-configuration of the smart production facilities will be enabled. Moreover, the use of wireless technologies will also allow for new industrial use cases requiring full mobility support such as autonomous robots moving items over different workstations in the factory for the sake of manufacturing customized products. During this talk, the AAU Industrial Automation Applied Research Flow will be introduced and illustrated with application examples detailing the different steps from understanding the needs of a factory and the specific communication requirements of industrial use cases; to the final deployment and optimization of the wireless solutions.

Ignacio Rodriguez received the B.Sc. and M.Sc. degrees in Telecommunication Engineering from University of Oviedo, Spain, and the M.Sc. degree in Mobile Communications and the Ph.D. degree in Wireless Communications from Aalborg University, Denmark. Since December 2016, he has been a Postdoctoral Researcher at the same institution, where he is currently coordinating the Industry 4.0 experimental research activities at the Wireless Communication Networks Section and the AAU 5G Smart Production Lab in collaboration with the Department of Materials and Production. Ignacio is also an External Research Engineer with Nokia Bell Labs, where he is involved in 3GPP and ITU-R standardization activities. His research interests are mainly related to radio propagation, channel modeling, radio network planning and optimization, machine-to-machine communications, ultra-reliable and low-latency communications, 5G and Industrial IoT. He is a co-recipient of the IEEE VTS 2017 Neal Shepherd Memorial Best Propagation Paper Award, and in 2019, he was awarded with the 5G-prize by the Danish Energy Agency and the Danish Society of Telecommunication Engineers.