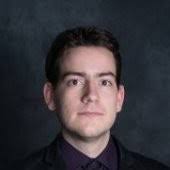 The defense will be held in the Amphitheater, Chappe Building, and will be streamed live here: link

Current trends point towards an accelerated augmentation of devices with a desire to access the shared radio spectrum, both due to the continued democratisation and capability augmentation of user facing radio devices, such as cellphones, computers, and especially wearables, but also to the deployment of connected objects and sensors. Technology, protocols, and legislation improvements increase the available frequency bands by opening new channels in the GHz range, but the density of devices is nevertheless expected to increase. Multiple access to a shared radio frequency resource leads to situations that are both complex to model, and to tackle with known algorithms, and it is true of detection tasks that arise in the physical layer of a wireless transmission. The class of deep learning algorithms is especially useful in this sort of situation without model, or with non tractable algorithms, as long as a large amount of labelled data is available to train the related neural networks. This thesis aims at adapting the deep learning tool to physical layer detection problems, in successive steps of a decoding chain. First with the problem of detecting the origin of a received packet, starting with hardware fingerprinting of a transmitting device, and extending it to a scenario with multiple active devices at the same time, detecting the set of active devices transmitting an explicit codeword. The next step after origin detection is bit detection, to decode transmitted messages. For that, deep learning is used to learn constellations allowing for an efficient bit detection in a multiple-access scenario, namely the two-user uplink NOMA. Data used to train the networks involved in this thesis are gathered both from simulated models, and from experimental implementations in the FIT/CorteXlab software defined radio test-bed.